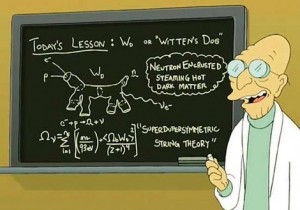 Watching a show on parallel universes right now. Talking about multiple levels of “parallel universes” and all that BS. Come on guys, its wrong. You are close. Our universe is a bubble. But its not one single bubble, its made of the infinite number that you try to put in the parallel universes. The “branes” are not 2 dimensional, but 3. Bubbles.

Everything at its smallest and biggest level is a sphere. Look at atoms and molecules. Look at the planets and stars.

Life, as we know it, is the coalesation of all our molecules held together with “energy” or “gravity”. One particle of your brain making a decision would NOT split off into a new parallel dimension, because ALL of your particles are being controlled by the energy that is holding them together. They are NOT independent and autonomous.

I think what bugs me the most about parallel universes is that its unnecessary and unprovable to explain the universe. Why add this extra layer of unprovable and improbableness to the explanation of the universe??

String Theory/M Theory has some things that I agree with. The vibration of membranes. Multiple membranes after the big bang, and the collision of all existing membranes causing the big bang. But I don’t think there are strings, only BUBBLES. You don’t need strings to explain things.

I think I’ll make up a “Level 5 parallel universe” – in it gravity is backwards, dogs and trees can talk and air is thick like water.  When you start creating machines to do quantum experiments that by their very nature of being observed are changed, you are just making things up. Gravitons…extra dimensions. I have no doubt that if we let science keep making things up, and making up machines to observe their made up things, there will be some results. How can you know that your results are not just a by product of the machine itself? YOU CAN’T. It’s almost like some of this science has turned into politics and the scientists are just making things up to keep their jobs and spend money.

I have a video I shot to try and help explain this, but I need to edit it before posting.

The LHC has yet to find a Higgs. Know why? Its not there. This universe is complicated enough without needing massive invisible elements to govern it. Why does the theory of the Higgs Boson even exist? Recent discoveries have proves that the math behind some accepted theories is wrong. But why admin you are wrong? Make up a super massive, yet undetectable, element that makes your equations work.

I say DARK MATTER IS BUNK because I believe our current math is wrong. I completely agree we have no idea what we are doing. But the concept of dark matter to satisfy unbalanced equations sits wrong with me. Lets look at our calculations first, then start making up shit.